“23-year-old Londoner Rob Luft has delivered the most fully-realized and rewarding debut album from a guitarist-composer since Julian Lage’s 2009 outing, Sounding Point…he has concocted a remarkably original statement that highlights his prodigious chops and his singular gifts as a composer-arranger and sonic provocateur.” –

“The virtuosity of the three…guitarists Al di Meola, John McLaughlin and Paco de Lucia…is reminiscent of the 23-year-old Londoner Rob Luft, who is celebrated as a new ‘Wunderkind’.” – Spiegel Online (DE)

“…a singular talent, a fluent improviser and a composer of catchy, earthy, infectiously upbeat tunes. There are echoes of west African high-life, English folk, indie rock and various strands of contemporary jazz, but Luft’s sound is joyously original, robust and in-your-face…” – The Irish Times (IRE)

“This is truly brilliant music, leaving me in no doubt whatsoever that Rob Luft could have so much to offer the world of jazz for many years to come. “Riser” excels as an album in many ways. Brilliant writing, fabulous individual and collective performances, recorded par-excellence at Real World Studios. But perhaps the best recommendation I can give it, is that I just keep coming back for more. Each and every time I listen to it I feel enthused and invigorated. I love it.” – UK Vibe (UK)

“With Riser Luft has produced a debut album of remarkable originality, strong compositions and he’s assisted by a formidable quartet of musicians whose natural sensibilities and talents only serve to enhance the project.” – All About Jazz (UK)

“Luft is shown on “Riser” as a mature composer and soloist beyond the higher-farther-quicker clichés…This sonic youth in the Sonic-Youth T-Shirt demonstrates the wide range of his inspirations. Hopefully there will be some more.” – Rondo Magazine (DE)

“This is an impressive debut album by Rob Luft and reaffirms his place in our jazz music wonderland.” – Sandy Brown Website (UK)

“With Riser, Luft has not only made an overwhelming debut, but sets himself at the forefront of the outstanding and interesting guitarists in jazz. A miraculous achievement for such a young guitarist, but based on Riser, this is no more than perfect. Very impressive!” – Written In Music (NL)

“Luft’s furious style is very pleasant to listen to. You fall through the variation of one surprise into another. The characteristic, subtropical rhythmic events guarantee the music’s festive character.” – DA Music (B)

“Twisting and turning with provocative inversions of jazz expectations, Luft’s first album as a band leader rings with confidence…A startlingly accomplished debut, Riser is sure to elevate Luft to the forefront of British jazz. Long may he stay there.” – Art Kompetes (Online)

“Luft wears his “manifold” influences lightly and has come up with a startlingly original sound inspired by contemporary music from all over the globe.” – Jazzman (UK)

“…a beautiful and striking album with incredible melodies.” – The Jazz Podcast (UK)

“From the opening notes of the album’s first track Night Songs, you know you’re about to be treated to the joyous, unique sound that pervades Luft’s writing and playing. His effortless and virtuosic playing draws you in straight away and fills you with both excitement and a little bit of awe.” – London Jazz News (UK)

“Rob Luft is one of those rare musicians who has seldom put a career foot wrong…and although still in his early twenties he is now a musical force to be reckoned with…A little over a month ago, Luft released ‘Riser’ and it is hard to believe that this is a debut album. While incorporating a variety of Jazz guitar styles it is definitely forward-looking. Like many post-millennial improvisers, Luft reaches across styles and genres with ease. Mike Moreno and John McLaughlin are obvious reference points, but the album moves beyond such comparisons. His innate skills and good taste have enabled him to craft beautiful charts and out of this comes a unique sound.” – Jazz Local (NZ)

“Luft’s debut demonstrates his influences; his musical consistency, with perfectly judged taste, gives us complete satisfaction, but also curiosity as tot what follows after such a debut. “Riser” stands out through originality, solid composition and a very natural quartet represented.” – Radio Romania (ROM) 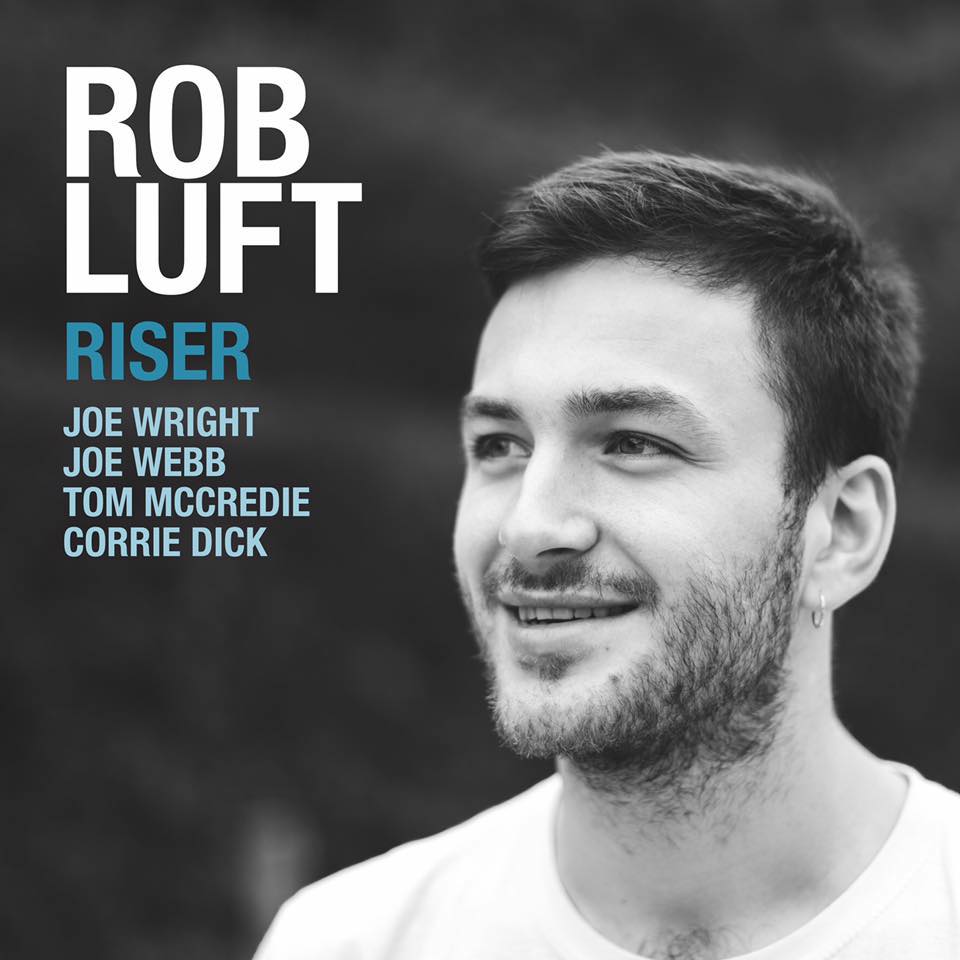