NEW ALBUM “LIFE IS THE DANCER”

“Rob Luft has delivered the most fully-realized and rewarding debut album from a guitarist-composer since Julian Lage’s 2009 outing, Sounding Point…” – Downbeat (USA)

Rob Luft is an award-winning 26-year-old jazz guitarist from London whose virtuosity has been compared to that of six-string legends John McLaughlin, Al Di Meola & Paco De Lucia. Praised by The Times for performances with the National Youth Jazz Orchestra in 2015, who said he was destined “to achieve great things in the future”, Rob was subsequently the recipient of the 2016 Kenny Wheeler Prize from The Royal Academy of Music, and also of 2nd Prize in The 2016 Montreux Jazz Guitar Competition at the Montreux Jazz Festival. His debut album, ‘Riser’, was released on Edition Records in 2017 to widespread critical acclaim from the European jazz media. John Fordham wrote in The Guardian that it’s a “very sophisticated debut, but given Luft’s old-soul achievements since his early teens, we should have heard it coming”. Following the success of his first album, Rob was nominated for a string of awards – ‘Breakthrough Act’ in the 2018 Jazz FM Awards, ‘Instrumentalist of the Year’ in the 2018 Parliamentary Jazz Awards and ‘Instrumentalist of the Year’ in the 2019 Jazz FM Awards.

His eagerly-awaited second album, “Life is the Dancer” was released in April 2020 to critical acclaim.

Concert highlights for Rob are performances with  Django Bates, Iain Ballamy, Loose Tubes, and Laura Jurd’s “Dinosaur”. As well as leading his own quintet, Rob collaboratively runs several other projects, including a duo with the Albanian jazz/folk singer and ECM recording artist Elina Duni, a mainstream jazz quartet with Dave O’Higgins, and the nuevo tango quintet Deco Ensemble. Rob is also a regular member of some of London’s finest modern jazz groups, such as Byron Wallen’s “Four Corners”, Eddie Parker’s “Airborn”, and the Chris Batchelor/Steve Buckley quintet. His playing has been documented on a wide variety of albums over the past five years, and he appears on the ‘Sweet Sister Suite’ by Tommy Smith’s Scottish National Jazz Orchestra (SNJO); Liane Carroll’s album ‘Seaside’ (Linn Records); two albums from Italian drum virtuoso Enzo Zirilli on Milanese label UR Records (‘Zirobop’ & ‘Ten to Late’); and the latest release from Misha Mullov-Abbado on Edition Records (‘Cross-Platform Interchange’). He was the recipient of the 2015 Peter Whittingham Award as part of two collective ensembles: Patchwork Jazz Orchestra and jazz-rock quartet Big Bad Wolf.
In May 2019 Rob was selected as BBC New Generation Jazz Artist 2019-2021, an accolade granted to “some of the world’s most exceptional young musicians” (Emma Bloxham, Editor, BBC Radio 3). He has recently collaborated with UK jazz great Dave O’Higgins on a new recording  released on the Ubuntu Music label in October 2019  – ‘O’Higgins & Luft Play Monk & Trane’. The album, supported by a 40-date tour, showcases a thrilling new band, with Rod Youngs on drums and Scott Flanigan on organ.

“With Riser Luft has produced a debut album of remarkable originality, strong compositions and he’s assisted by a formidable quartet of musicians whose natural sensibilities and talents only serve to enhance the project.” – All About Jazz (UK)

“…a singular talent, a fluent improviser and a composer of catchy, earthy, infectiously upbeat tunes. There are echoes of west African high-life, English folk, indie rock and various strands of contemporary jazz, but Luft’s sound is joyously original, robust and in-your-face…” – The Irish Times (IRE)

“With Riser, Luft has not only made a stunning debut, but sets himself at the forefront of the outstanding and interesting guitarists in jazz. A wonderful achievement for such a young guitarist, but on the basis of Riser, fully justified. Very impressive!” – Written In Music (NL) 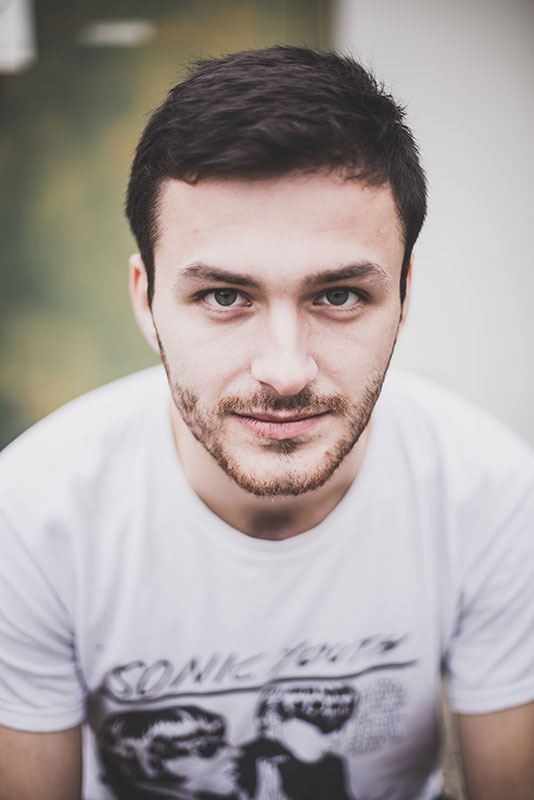